There is always a way / Er is altijd een manier. 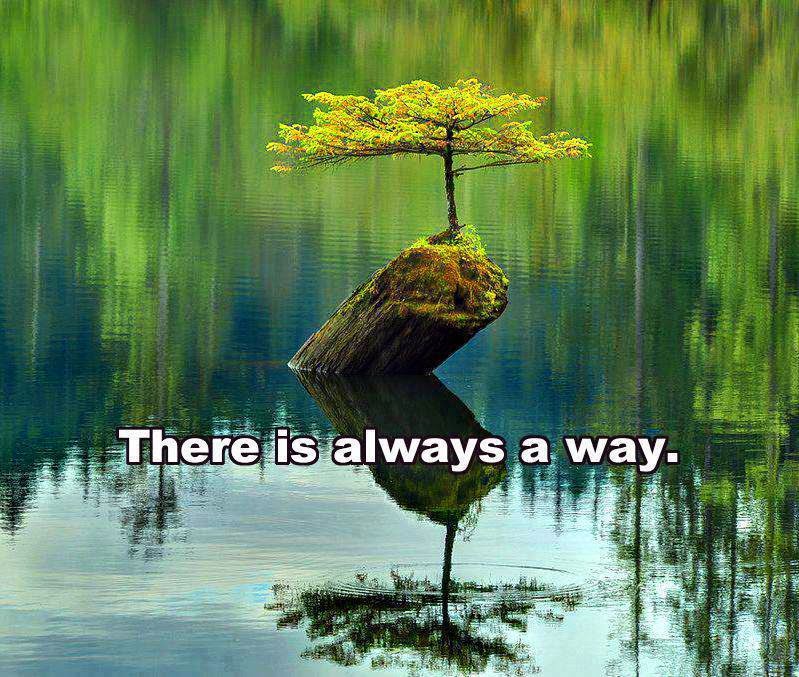 There is always a way.


A few days ago I received an email from one of my mentors and it said: “You are doing things you have not done in years so this is a soul healing miracle in itself.”

And it is true. I am so very grateful that I am able to do all of these things, because I am very aware of the time that it was hard to do any of the things I love to do.
There are many people who have asked me lately:  “How did you do it? How did you get through the days, lying down in bed, staring at the ceiling, day after day, year after year?  I could not have done that, if I were you. I would have lost my mind.”

Well the truth is, it wasn’t easy, but I simply had no choice.
Suicide is not an option for me, because I have always felt that it would not be a solution, it would be the start of even more suffering and that was not what I wanted.
The doctors told me, they couldn’t do anything for me, and I just had to live with it, and that was not an option either. This was not the life I could live for the rest of my life.
So then there was only one option left, I needed to transform the situation!

I truly didn’t believe there was no opportunity for me to have a better and healthier life. The fact that the doctors didn’t know what to do for me, didn’t mean that there was no solution. It only meant, THEY didn’t know how to bring that solution to me. So it was up to me to find it. I truly believed there was a way. There is always a way! There are many paths going up the mountain and if one path is blocked, we can walk a different path.

But we of course have to be realistic. We can’t expect an amputated limb to grow again, because that is not very likely to happen, but we can learn to live with the situation, and walk with an artificial leg. There are many inspiring people in the world who seem to do the impossible, but they did. Why? Because they believed they could!
The same thing applied to me. I could learn to make the best out of this situation, step by step, and find the solution myself. And every time when I got a little hopeless, and of course I had those moments too, I just watched some of the inspiring stories and motivated myself again, that it was possible! There was a way!

What was a real inspiration for me was the movie “Lorenzo’s oil” about a father, who had a son with a so called incurable disease. Instead of accepting the doctor’s advice that he had to enjoy his son’s life for as long as it would be, he said: "If there is no cure, I need to find one!" That was something that really hit me.

Then there was a TV series “House”, about a doctor who had the most difficult cases to solve.  He worked with trial and error. He wrote down all the symptoms, all the facts and just used every little detail to bring him closer to the solution.

That is how it all started. There was no wisdom or knowledge, like I have now. There was no mentor or teacher, to ask questions to, like I am very blessed to have now. There was only this very strong belief, deep within, that there would be a way to have a better life and it was up to me to create it and to find the solution which was somewhere out there.

However, I was very aware of the fact that it would not come overnight! And it would not be easy! But if I would do nothing at all, and just lie down in bed and wait, nothing would ever change. Then I would just wait for the day that I would die and that is not what sounded very attractive to me, considering the circumstances I was in.
And I was the only one who could transform this situation, for the people around me had no idea how to help me. So I needed to go deep within, learn to listen closely to all the information my body was giving me and then match the information with the information on the internet. I needed to learn to embrace every little bit of information, every sign, every detail, for it all could contain the key to the next step in my process.

But it all started with this very strong belief. I hear a lot of people say nowadays who hear about my story and who are in similar conditions like I was in: “Congratulations on your progress, but I have tried everything and nothing works for me. So I don’t believe that this will work for me. I am tired of trying something new.”
Of course I can understand those feelings very well. I myself got discouraged from time to time as well, when I had a relapse or a particular treatment didn’t bring me what I was hoping for.
But overall that was not the way I approached all the previous therapies and remedies I have tried for so long. It maybe didn’t bring me the solution I was hoping for, but every therapy, every allergic response, every medical advice that didn’t bring me the cure I was hoping for, brought me information, brought me insights, brought me one step forward. It could help for some symptoms, or it could make it worse. Both ways were helpful! And I started to approach every therapy like that: Not in the way that it would bring me the ultimate solution, but it could help me to take the next step forward. Whatever happened, it brought me information and I was doing something about the situation!

That approach truly was helpful to me, because there was no expectation anymore, only curiosity what this would bring to me and what I could learn. And really, when I look back now at all the different kind of healing methods I tried, and I really tried a lot of different methods, I am truly grateful for each and every one of them, because it brought me so much information, so many insights and all together they formed the pieces of the puzzle which I needed to complete in order to heal. It is only because of all the information I gathered in this way, that I was able to find out about Soul Healing, and what eventually DID work for me!
Therefore I respect every healing method, because they are all useful in some way. I don’t think there is one ultimate solution for a sickness or a struggle. I still combine different things up to now, like physiotherapy and a very strict choice in the things I eat and drink, together with the Soul Healing Techniques I use daily. I still use and combine what works for me to keep me continuing moving forward.

But it is different to what some of the people I have spoken to do nowadays, when they try to get healthy. Miracles do not come to those who are only looking for a tailor-made solution, which works instantly. Those who receive miracles in that way, are the lucky ones! And I am very happy for them.
But the majority of the people who create miracles, are mostly those who truly believe in what they are doing and they take it step by step.

Just see everything as a gift.  As something that works, or as something that brings information that the solution is somewhere else. Both are really needed to get you where you want to be: in a place where you feel happier and healthier. And be willing to do the hard work to move forward. Commit yourself every day to take a little step forward.

That is the what I learned to do, to get me where I am now, overcoming a hopeless situation and transforming it to a new beginning with lots of possibilities:

These three things were some of the key things, which kept me going every day, no matter how hard it was. I just believed that it was possible to transform the situation I was in, that the solution was somewhere out there, and that I needed to find it.
Spiritual documents already said that there is no disease, without cure. It is like Yin and Yang. For some diseases we may not have found the cure yet, but it is there. I truly believe that. All I needed to do was to learn from every situation, never give up, and keep on looking for the next step, until the time was ready to receive the gift of healing, which happens when the right solution is given to the sickness.


To balance Yin and Yang is to heal all sicknesses. 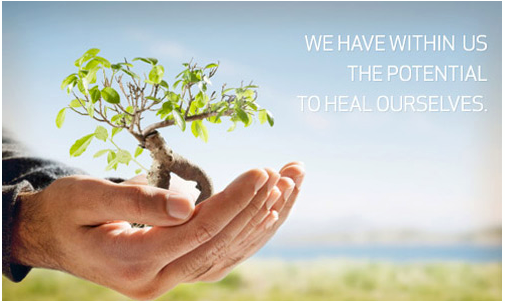