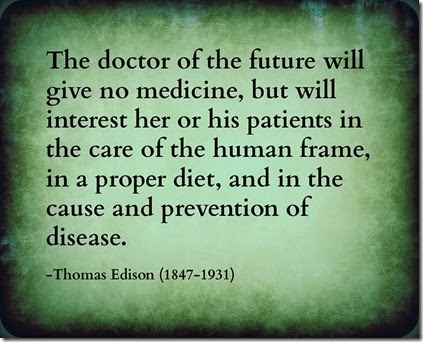 Like I said before, in my first blogpost:The human body is designed to heal itself. All it needs is the right circumstances and the right nourishment to overcome the blockages and to transform it into a healthier situation.
I already shared many things in my previous blogposts, which helped me to heal and transform my situation. One thing I didn’t mention yet is the effect we can create by the food we eat and the fluids we drink.
It is a very powerful way to bring healing and transformation to your body if you start to use and see the food and drinks we use daily as medicines. It helped me a lot!

“Let food be thy medicine and medicine be thy food.”

Many of us start the day with breakfast, followed by lunch and diner and snacks in between. We eat, because we like the taste, or because we are hungry or because we have social activities with the ones we care about. There are many reasons why we eat what we eat. But we can also eat, to heal ourselves.

You, as a human being have four different bodies, the spiritual body, the emotional body, the mental body and the physical body. They all need nourishment to function well.
Your physical body includes all systems, all organs, all cells and cell-units, all DNA and RNA, tiny matter inside the cells and every part of the body. They have the ability to heal themselves, to rejuvenate themselves and to transform themselves and most cells in your body is renewed over a period of time.
When you think about that, it is very logical that these new cells are made out of the nourishment they receive and the environmental circumstances you live in. So if you would like a sick organ to be healed, it needs the right nourishment so it can renew itself and create strong healthy new cells.

I am not going into every little detail here. There are many people who can tell you in a much better way than I can, what the benefits are of eating the right food.
I just would like to bring your attention to your daily habits of what you eat and what you drink and to make you aware of what it could do for you and your healingprocess if you use your breakfast, your lunch, your diner as a way to support your healingprocess. You have to eat anyway, so why don't you eat what is beneficial for you?


There are many good blogs, many interesting and informative articles on the internet to be found and I encourage you all to search for them.
What I would like to do here is to give some key-points which helped me a lot to transform a hopeless situation into a healthy state of being by using the need to eat as a way to support my body instead of bringing it in an even more difficult situation.

1) I noticed many years ago my body started to create many negative responses to a lot of different kinds of food. Now however, many years later, I wonder if these were truly negative responses or just very helpful tools to create awareness of what my body really needed. My body started to teach me that it didn’t like to receive dairy, meat, fish, grains, sugar, artificial colors, any oils, processed food and much more, because it was more sick after specific kind of meals. Instead my body was asking for only natural food, specifically fruit, vegetables and raw nuts and water so it could truly purify and receive true nourishment.
Now you could think, that if you really could eat what your body is asking for, that you could start to eat pizza, chocolate, coffee, cookies etc more often :) But these are not real request of your body, these are cravings and addictions. It is not your body asking for a specific kind of nourishment.
In the beginning I was sad and irritated too that I couldn’t eat what was so normal in a western society, because I had my cravings too. I love to eat applepie for example. But as soon as I ate it, I had 5 minutes or more real pleasure. I loved the taste! However, it takes about 3 days for the body to get the wastematerial of the food you eat out of your body. In those three days, my body was responding to the food in many unpleasant ways. It was not worth it to be sick for three days, because of 5 minutes of enjoying the taste of the applepie. I wanted my body to get stronger, not more exhausted than I already was. I didn't want it to deal with the wrong food and being distracted of what it really needed to do, i.e. healing the sickness in my body.
As soon as I started to really study nutrition I was surprised. My body gave me a deep teaching on what it wanted and needed to heal itself. So I really started to listen to the responses of my body and started with a so called “elimination diet”, in which I started with only a few things which I was absolutely sure about that my body digested well, and added one food a day, to see how my body reacted. Did I have more pain or less? Was I tired or energetic? Did I sleep well or was I awake all night long because I was so restless? How did my skin look like? Your skin is showing you very well on the outside, what is going on inside your body. When did the responses occur, immediately or after a few hours?
All these signs helped me to create a list of foods and drinks, to which my body responded in a good way. And the more my body received the food which it could digest in a healthy way, the more my body was able to heal.
2) When I had my list, I started to examine why I could eat these specific foods and not the others.
That is how I found out that every fruit, every vegetable has healing power for a specific organ, system or body part, and the food itself most of the times shows it. Tomatoes for example have 4 chambers, just like the heart, and it offers nourishment to exactly that organ. Kidneybeans not only look like kidneys, but actually are nourishing the kidneys. Walnuts look like brains, and actually are very good to nourish the brain. And so the list continues and there are many more examples to give. This information was very helpful to have a deeper inside of which organs needed more healing!

3) Another way to look at food is to look at the minerals, vitamins, proteins etc. it contains. In that way you can use the natural way instead of supplements which also contains fillings or other stuff. My body for example responded very strongly to many of these other ingredients in the supplements and only was asking for natural ways to receive the right amount of vitamins, minerals, proteins, fats etc.

4) You can also pay attention to the taste or the color of the food. In the Traditional Chinese Medicine every food belongs to one of the Five Elements, and therefore brings nourishment and healing to the Wood element, the Fire element, the Earth element, the Metal element or the Water element. Different tastes and different colors belong to different Elements.
It also can be divided in food that brings yang energy to the Elements and food that brings yin energy to the Elements. And as I said before, to balance yin and yang is to bring healing to the body. In this way you can also use the food and drinks you use daily as a way to heal the Elements and therefore the body.

5) Another way to bring healing to the body is to bring more light/higher frequencies in the body. Sickness has low frequency, healing needs higher frequencies, so when you eat food with high frequencies, like fruits and raw nuts and vegetables, instead of sugar and meat for example, you increase the ability of the body to heal itself.

6) When you purify your soul, heart, mind and body, you create the circumstances to heal whatever needs healing. You can use the food and drinks you use daily for this purpose. Some foods purify the body, especially fruits and herbs, some foods have a negative effect on the body, like trans-fats and sugar. So what you eat daily, has a huge impact on the ability of the body to heal itself. Fruit has a great power to purify. Vegetables have the power to bring nourishment and to make the body stronger. Every new cell is made out of the nourishment it receives!


As you see, food is not just to stop a hungry feeling. You can use the food you eat in many different ways to support the healingpower of your body. I just mentioned a few of them. Use food wisely.
You can be really creative in the way you start to eat more fruit and vegetables. It can be really fun! And eating should be fun, don't you think so? Not just a habit, or something that makes you feel worse.
I have created many new healthy recipes, which really help my body to get stronger. It is just a shift in your mind. When you realize that you can support your body in such an easy way, and you start to feel the effects, you will feel so happy about it, that you do not mind to stop eating pizza or cookies, because 3 days of feeling sick is no fun at all!
It could be a little difficult when you go out for diner, but even in a restaurant there are many chefs in the kitchen who consider it a wonderful challenge to be creative and they get really inspired to make a beautiful diner with the ingredients on the list I give them. Some make really beautiful dishes and many of my friends who saw my plate were "jealous" and said, "well he is treating you like a princess, that really looks beautiful and delicious!"And so it was! :)

I am living on this kind of "diet" for almost 7 years now. Many people have asked me how it is possible, because you need meat, or you need grains or you need this or that. But that is according to the normal way of thinking, and most of all because of the industry which like to sell their processed foods.
My body is a better teacher to tell me what it needs then the media and advertisements! And the fact that my body is healing since I stopped eating the food which was not good for my body, is even a better sign. And as long as my body specifically asks me for some foods, who am I to give it something else that makes me feel sick, just because the western way of thinking is that we need to eat certain things :)

What helped me a lot was a Dutch website www.vitamor.com and the books of Barbara Temelie about The ancient Five Element Diet. I still use them very often. But there is much more information on the internet. So use all this information and start to see your daily meals as a way to support your healingprocess.

"Every time you eat or drink, you're either feeding disease or fighting it"
~ Heather Morgan, M.S., N.L.C. ~

Think about that for a while.....
Enjoy your meal ! 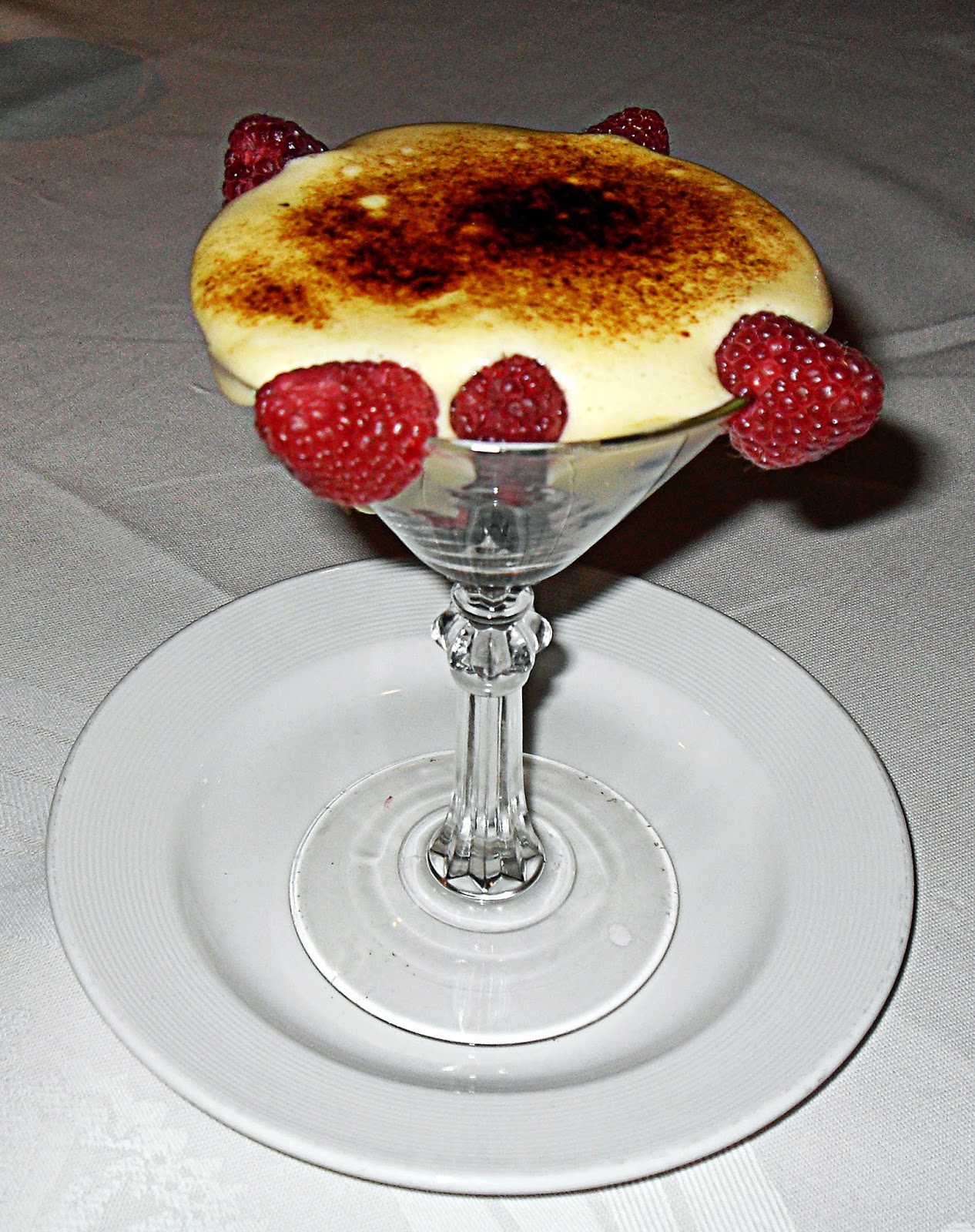 one example of a dessert, specifically made with the ingredients on my list. With a special thanks to the chef, because it was absolutely delicious!
Een voorbeeld van een toetje, dat speciaal gemaakt is met de ingrediënten op mijn lijst. Met de complimenten voor de chef-kok, want het was absoluut geweldig!

Posted by Barbara Kuipers at 23:40